Oh, and you also have to see when she discovers a 2nd place trophy on one of her shelves — and says she’s moving it to the TRASH!!!

“I see a 2nd place trophy but I’m gonna put that one in the trash — shouldn’t be in here. We don’t keep second place.”

The tennis goddess opened up the doors to her Miami home for Architectural Digest … showing off everything from her own private art gallery (!!!!!) to the bar, media room and more.

But, the highlight for us is the Trophy Room … which contains hardware from her victories at Wimbledon, the U.S. Open, Australian Open, French Open and more. 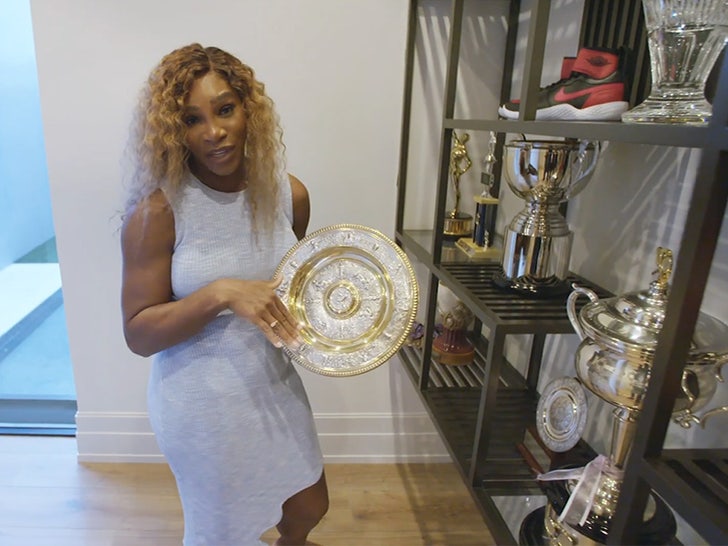 Serena has so many trophies, she can barely keep track of what trophies she has and where some of them are located … and if that’s not the most baller thing ever, what the hell is?!

Of course, Serena has won 39 Grand Slam titles in her amazing career — 23 in singles, 14 in women’s doubles, and 2 in mixed doubles. She also has 4 Olympic gold medals.

instaglamadmin - February 12, 2021
0
Instaglam.com is your news, entertainment, music & fashion website. We provide you with the latest news and videos straight from the entertainment industry.