DaBaby is going back on tour after his homophobic comments, and it’s all backed by Rolling Loud — the festival where he made those remarks — which believes he’s a changed man. 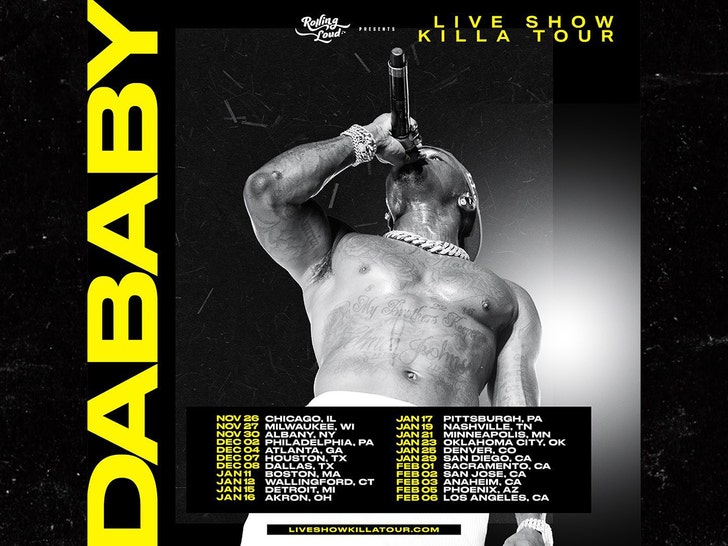 A rep for Rolling Loud tells TMZ … RL supports second chances and believes DaBaby has grown and learned from his experience, and everyone will be welcome at the shows.

As you know … there was a massive backlash against DaBaby after the homophobic rant at Rolling Loud in Miami — he was dropped from the lineup of a few festivals.

But, he returned to a Rolling Loud stage last month in NYC, where he joined his buddy 50 Cent as a special guest.

Sources close to DaBaby tell TMZ … he inked the tour deal with RL prior to his appearance with Fiddy, but no earlier than a month ago.

Bottom line, DaBaby is not canceled … at least not by Rolling Loud. Based on the reception he got in NYC, a large number of fans would agree.